The Schlosspark or Palace Garden in Berlin-Charlottenburg is one of the largest and most beautiful parks in the capital. The baroque garden is over half a square kilometre in size, and you will find a large lake with an island, green spaces and a forest. The palace garden in Berlin is freely accessible, you don’t have to pay an entrance fee. The palace itself can be visited on a guided tour. The palace park is now used by Berlin residents like a public park, for jogging, etc. 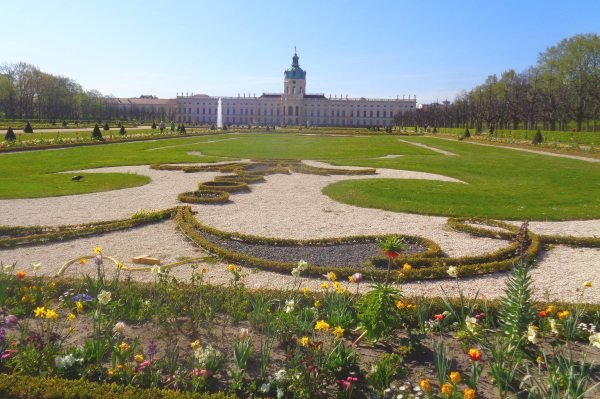 The Baroque park, modelled on France (Versailles), was commissioned at the end of the 17th century by Sophie Charlotte, wife of Frederick III. (King of Prussia). The architect of Charlottenburg Palace Park was Siméon Godeau.

In the front area, behind the castle, there are lawns and flowers. Further back is a large lake (name Karpfensee, see picture below) with an island (Luiseninsel), some ditches with water and many trees. 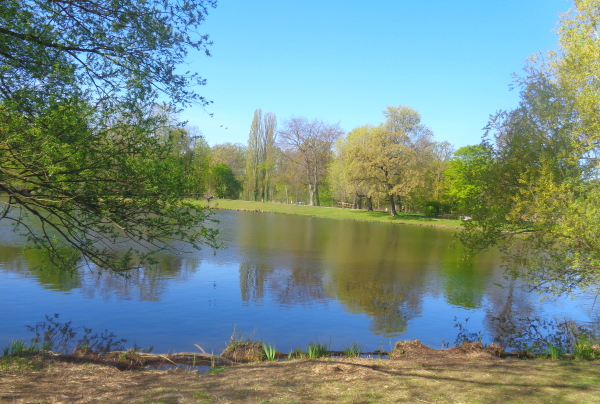 Several buildings in the palace gardens are worth seeing. These include the Belvedere (now a museum of porcelain, formerly a tea house, see picture below) and the Mausoleum. 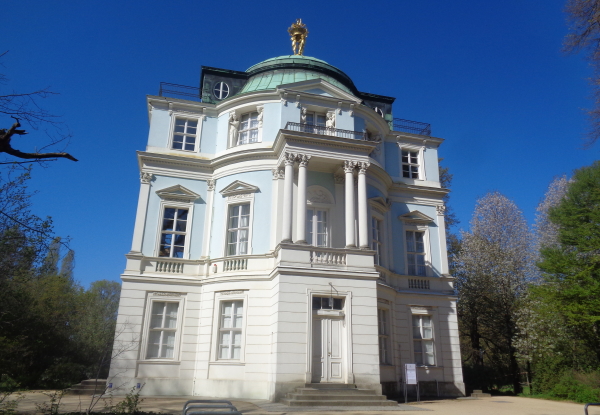 The fountain mi Fontäne (Schlossbrunnen) and the Orangerie are also among the great sights in the Charlottenburg Palace Gardens.

There is a good children’s playground in the park in Berlin. You can also visit the large garden by bicycle (many cycle paths). There are many sunbathing lawns, and picnics are also possible here.

Incidentally, the park and the palace were badly destroyed during the Second World War. After the war, everything was rebuilt.

Tip: The best time to visit the Charlottenburg Palace Garden is in spring. Beautiful colourful flowers bloom in beds in many places then. 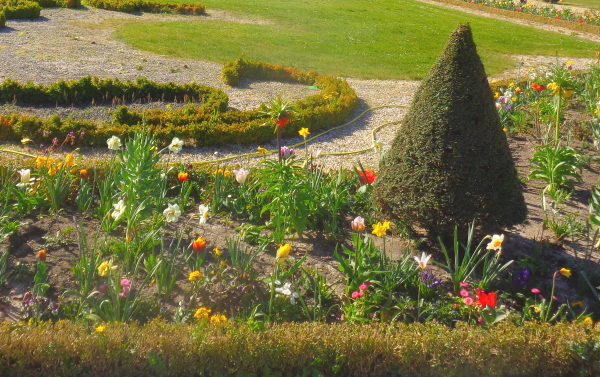 How to get there Schlosspark Charlottenburg: The park is directly behind the palace and is freely accessible via several entrances. The nearest underground station is about 600 metres away (Richard-Wagner-Platz, line U7). After you’ve looked at the whole Charlottenburg Palace Park all the way to the back, you don’t have to go all the way back again. Just cross the railway bridge over the Spree and walk 200 metres to Jungfernheide station. This is also where underground line 7 and the S-Bahn (Ringbahn) leave.