The Langer See (Long Lake) is a body of water in the south-east of Berlin. It is 11 km long and only 200 to 300 metres wide, hence the name Langer See. The river Dahme flows through it, it is actually a widening of the river. 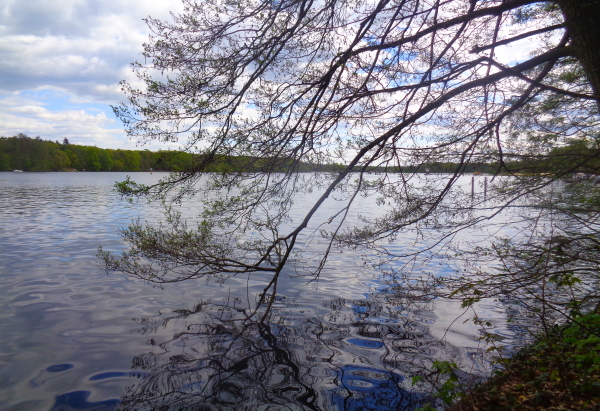 The width or flow rate at which a river becomes a lake is disputed. In Berlin, the Dahme is called Langer See in this 11 km long section. The amount of water in the Dahme could also flow in a river a few 10 metres wide.

The flow velocity in the Langer See section is very low. The water body is navigable and is mainly used by water sports enthusiasts. 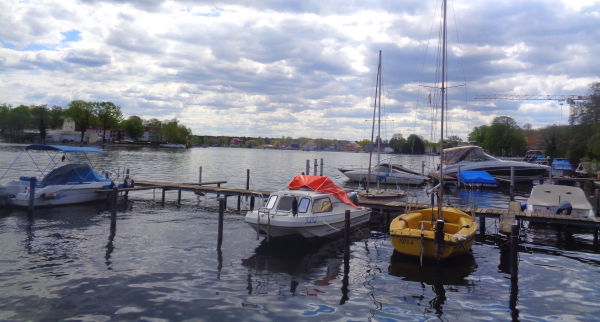 As a tourist, you can reach the Long Lake easily, also by public transport. A tram line runs on both sides of the elongated lake.

Most visitors come to the western shore of the lake. Here, tram line 60 runs to the southern end of the lake in Schmöckwitz, a district of Berlin. The crossing from Langer See into Seddinsee (see article) is near the terminal stop (crossing over a bridge). Otherwise, there are many boat rentals, some restaurants and the like in Schmöckwitz. But you can also get off somewhere on the western shore of the lake on the way and walk along the lake for a while. We took tram 60 to the stop “Strandbad Grünau” and then walked for half an hour to “Bammelecke”. You can’t walk directly along the shore everywhere, but you can in many sections. The best way to get to tram 60 is to take the S-Bahn to Berlin-Grünau and then change to tram 60.

On the other side of Langer See, the tram only runs along the northern half of the more than 10 km long Langer See. Line 62 ends at the Wendenschloß stop. There is a ferry across Langer See nearby (every 20 minutes during the day). On the other, western side of the lake, you can get back on tram 60 (Wassersportallee stop). Thus, with the help of the ferry, you can easily see both sides of the lake in one day. Both tram lines and the ferry run every 20 minutes. The ferry (see picture below) can also be used free of charge with a valid ticket for Berlin (day pass, monthly pass, etc.). 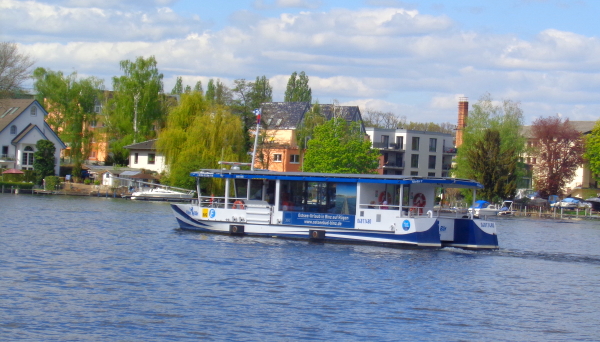 Langer See Landscape and information: The shore of the water body is largely covered with forest. However, there are also many built-up areas and some districts of Berlin along the lake. There are three islands in Langer See Berlin (Rohrwald Island, Großer Rohrwald and Kleiner Rohrwald). The lake is entirely in Berlin, the border with Brandenburg is south of the end of Langer See, not far from Schmöckwitz. The large lakes in the area are all connected (Langer See, Seddinsee, Zeuthener See, Crossinsee) and form a lake landscape. Many Berliners have a boat on one of the lakes. The lakes are partly in Berlin, partly in Brandenburg.