The Berlin Olympic Stadium was built by the Nazis for the 1936 Olympic Games. It is located in the west of Berlin in the district Charlottenburg (district Westend). After the war, Berlin’s Olympic Stadium was converted twice into the World Cup in Germany in 1972 and 2006. Today the Bundesliga team Hertha BSC Berlin plays in the arena. 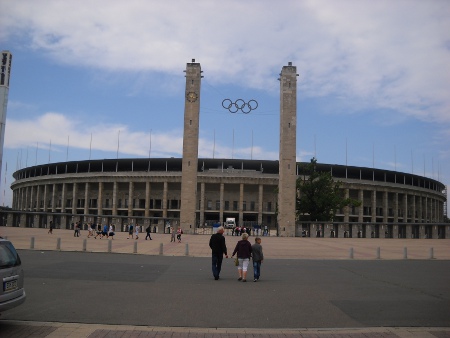 The Berlin Olympic Stadium was built in record time in only about 2 years after the Nazis seized power for the 1936 Olympics. Many things from back then like the Marathon Gate are still largely preserved.

Inside the Berlin Olympic Stadium, however, little of this time can be seen nowadays. It is a modern football and multi-purpose stadium, one of the largest and most modern in Germany. The 2009 World Athletics Championships also took place in Berlin’s Olympic Stadium. 2015 was in the arena the final of the Champions League (Barcelona – Turin 3:1). But the biggest match in the Berlin Olympic Stadium was probably the final of the 2006 World Cup (Italy – France 5:3. n.E.). In addition, the DFB Cup Final is usually held here every year in May. 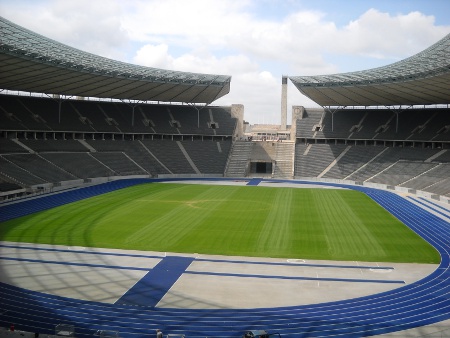 Today, the sports arena has almost 75,000 seats, all of them seats (since the conversion to the Football World Cup in 2006). Since 2017 a further reconstruction is under discussion. The Olympiastadion Berlin is to be a pure football stadium, without a track for athletics, etc. But also the construction of a pure football stadium nearby is under discussion.

Opening hours Berliner Olympiastadion 2019: If there are no events, the arena is open for visitors daily from 10 a.m. (depending on the season in winter until 4 p.m., in summer until about 8 p.m.). 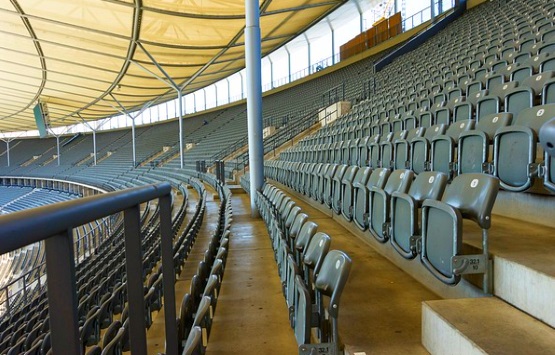 Visitors with a ticket can not only see the stadium, but also other parts of the former Reichssport area (later renamed to Olympiagelände Berlin). The Maifeld was a place for parades and meetings for half a million people. The swimming stadium, the riding stadium and the hockey stadium for the 1936 Olympics were also built on the Reichssport area. Many open-air concerts take place in the Waldbühne (known for a legendary concert of the Rolling Stones in 1965). You can also drive up to the 77 meter high bell tower of the Olympic grounds in Berlin. From the top you have a great view of much of Berlin and the surrounding area (tickets bell tower 4.50 euros adults, with discount 2.50, prices early 2019).

By the way, there are two other Olympic stadiums in Germany, namely the Munich Olympic Stadium and the Olympiastadion in Garmisch-Partenkirchen, where the Winter Games also took place in the 1930s.

Good documentary about the Olympia of the Nazis 1936 (Youtube)