Berlin is a very green city. Besides forests and meadows on the outskirts, there are many parks in the city. Some are very large. About 5 are larger than 1 km², about 65 larger than 0.1 km² (19 hectares). It is difficult to say how many city parks there are in Berlin in total. It depends on which small green spaces you count as parks. 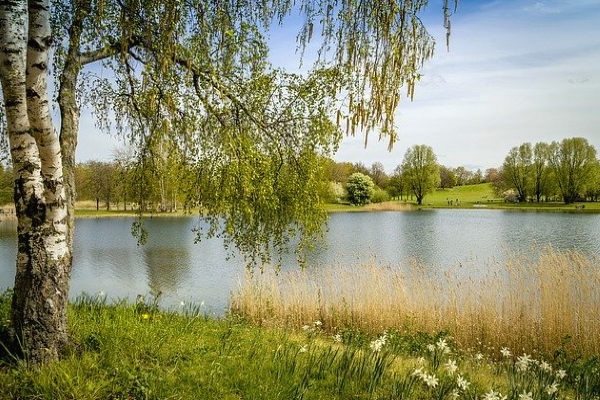 Berliners love their parks. When the weather is good, tens of thousands of residents are out and about in the city parks. Many come to go for a walk or a bike ride. Some lie in the sun on a lawn. Others have a picnic, and barbecues are also very popular in Berlin’s city parks.

The largest park in Berlin is a relatively new park. Only a few decades ago, the former Tempelhof Airport in the south of Berlin was converted into a park. The name is simply Tempelhofer Park. >>> More info

The most famous park in Berlin is undoubtedly the Tiergarten. This green space is in the middle of the city. The Reichstag, the Federal Chancellery, the seat of the Federal President, the Victory Column, all this is in or at the Tiergarten. >>> More info

Which park is the most beautiful park in Berlin is of course debatable. From our point of view it is the Britzer Garten in the south of Berlin. The park was built for the Federal Garden Show in 1985. It is one of the few parks in Berlin that charges an entrance fee, but only a maximum of 3 Euros. >>> More info

In our opinion, the most beautiful park in the east of Berlin is the large Treptower Park on the Spree. Despite its enormous size, the lawns are full of people on sunny days. >>> More info 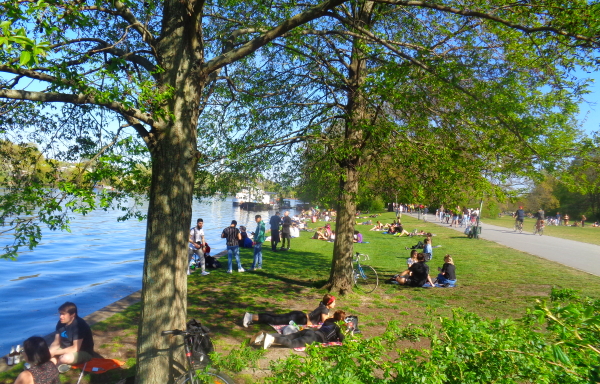 The most beautiful park in the west of Berlin is the Schlosspark Charlottenburg. We especially love the beautiful flowerbeds in spring and summer (see picture at the bottom). >>> More info

The most famous theme park in Berlin is Gärten der Welt in the east of the city in Mahrzahn. Here you can admire gardens from many countries of the world, such as a Chinese garden or a Japanese garden. You have to pay an entrance fee of about 7 euros to visit Gärten der Welt. >>> More info

The newest park in Berlin, among the big parks, is the Park Gleisdreieck in the central south of Berlin, a former railway area. >>> More info

A great park right next to the former Berlin Wall is Mauerpark in the Prenzlauer Berg district. There is a lot going on here, many events like concerts and flea markets. >>> More info