The Pfaueninsel is a large island in the river Havel in the west of Berlin near Potsdam. It is a popular day trip destination for the inhabitants of Berlin.

The Pfaueninsel is about 0.7 km² in size, about 1.5 km long and 700 meters wide. A round trip on foot (about 4 km) takes about one hour without breaks. The island is a nature reserve. For visitors there are exact rules. So there is a smoking ban on the Pfaueninsel. Dogs, vehicles incl. bicycles may not be taken along. With the exception of the sunbathing lawn, you are not allowed to leave the paths. Also the picking of flowers and other plants is strictly forbidden.

The biggest part of the peacock island is forested. There are also meadows and marshes. 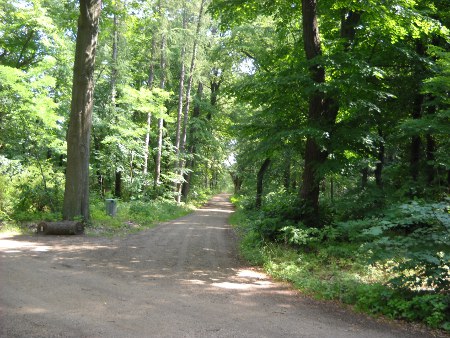 The nature reserve, which covers the whole island, is home to some rare bird species, sometimes even white-tailed eagles. There are also protected bats, trees and other plants. Well maintained footpaths lead to all parts of Peacock Island. At the ferry dock you get a small brochure with a simple but sufficient map. It is recommended to take this with you, as there are not signposts everywhere on the island. The ferry terminal is in the south of the island, the farm in the far north.

Probably the most spectacular building on Peacock Island is the castle. It was built under Friedrich Wilhelm II at the end of the 18th century. The Pfaueninsel castle with its white colour, the towers and the bridge between the towers are reminiscent of a fairytale castle. It is only a few metres away from the jetty. 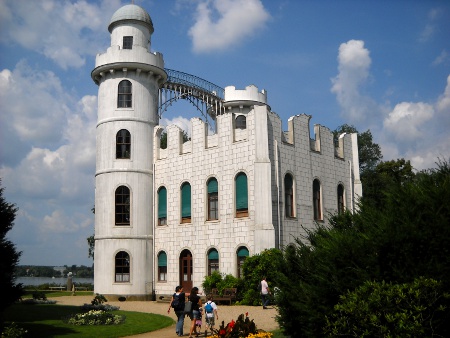 From the castle of Pfaueninsel you walk about 1.5 km along the west side of the island to Meierei (farm). There all doors are usually open, also the horses are interesting for the Berlin city dwellers. 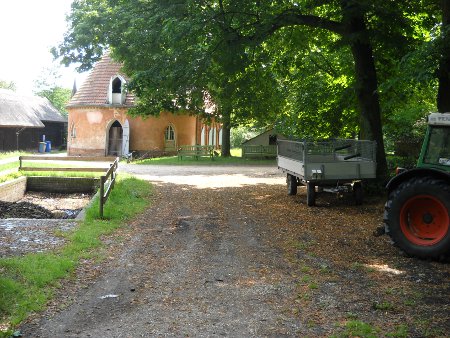 A newer, great attraction on Peacock Island since 2010 are four water buffalos. There have been water buffalos on the island until about 160 years ago. The animals and the visitors are separated by an electric fence. 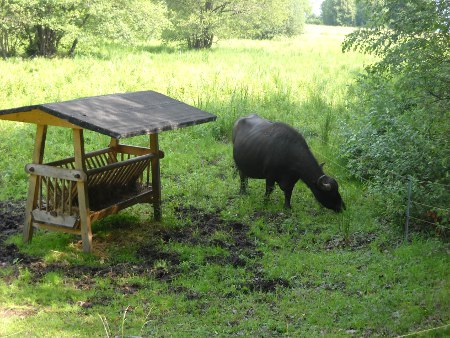 Although the name of the peacock island should have nothing to do with the animals, some peacocks also run around on the island. 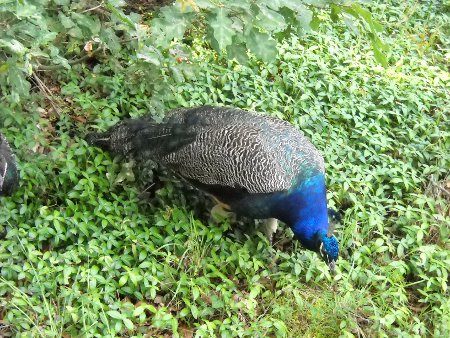 Peacock on the Peacock Island

You can reach Peacock Island by ferry. The crossing from the “mainland” is not even 50 meters and only takes about 1 minute. The boat can carry 150 people and goes every 10-15 minutes in both directions.

The crossing costs 4 Euro at the beginning of 2022, reduced 3 Euro (round trip). You can get to the ferry either by car (parking available) or by bus 218. This bus departs from the S-Bahn station at Wannsee, but only once an hour during the week. On Saturday and Sunday the bus (often double-decker bus) of line 218 runs twice as often. 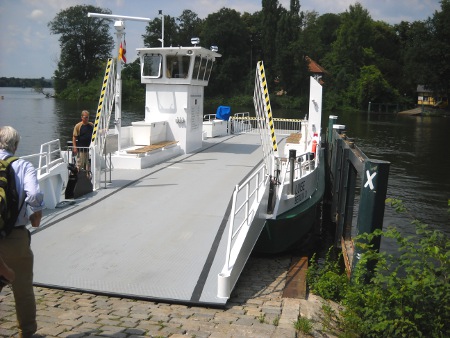 You can’t stay on the island overnight. The “opening hours” of Pfaueninsel depend on the season. If you want to see the castle from the inside, you have to pay another 6 Euro entrance fee. Guided tours are also offered. Also the Maierei can be visited for 2 Euro. Stand all prices: January 2022

In the centre of Pfaueninsel there is a lawn with snacks (sausages, steak, ice cream, drinks etc., prices ok, probably only in summer). There and at the ferry dock there are free toilets. Next to the ferry dock on the mainland side there is a larger restaurant.