The Tiergarten in Berlin is a city park in the centre of Berlin. The large park is the city’s most important “green lung”. The Tiergarten is several kilometres long in an east-west direction. 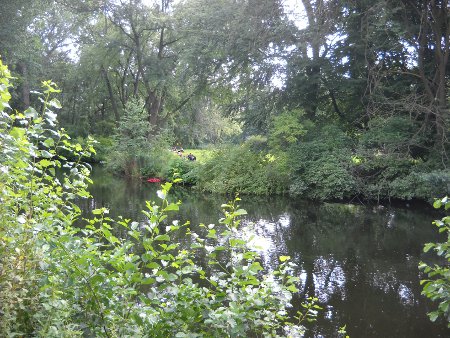 The Tiergarten Park in Berlin

The Berlin Tiergarten is not, as many think, a zoo or animal park, but a green space. However, the Berlin Zoo is directly southwest of the Tiergarten on the other side of the Landwehr Canal. Since the Berlin Zoo has been lacking space for a long time, the Stadtpark Tierpark ceded part of its area to the zoo a few years ago.

However, the zoo is huge and has hardly lost any of its quality as a result. The zoo was created by princes and kings in past centuries as a hunting ground for red deer and other animals. Hence the name of the park.

The zoo consists of extensive wooded areas, parkland, lakes and green spaces. In summer, many Berliners hold picnics and barbecue parties on the lawns. A long road tunnel runs under the Tiergarten, the Tiergartentunnel, about 3 kilometres long, which has greatly relieved the park of traffic since its completion. Nevertheless, some major roads unfortunately still run through the Tiergarten. These meet in the middle of the park at a large roundabout, the Großer Stern. In the middle of the roundabout stands a gigantic and famous monument – the Victory Column. 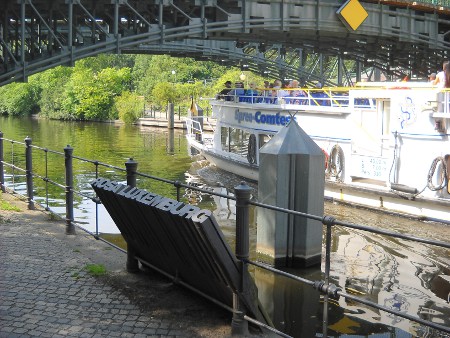 Monument in the Tiergarten

The Landwehr Canal is the southern end of the Tiergarten. Today, the canal has lost most of its function as a freight waterway. However, similar to the Spree, the Landwehrkanal is used by many pleasure boats carrying hundreds of tourists. The canal runs through many other interesting areas of Berlin, such as Kreuzberg.

Berlin Welcome Card: A ticket for local transport and sightseeing

For most tourists it is worth buying the Berlin Welcome Card. On the one hand, it is a ticket for local transport. The ticket is also a discount card for many attractions and sights in Berlin. You can buy the Welcome Card on the internet before your trip to Berlin. It’s worth it! There are different tickets for 2 days to 6 days. >>> This link gives you more information and the possibility to order the Welcome-Ticket.

Sights in and around Tiergarten Berlin

Government district: The Reichstag (Bundestag), the Federal Chancellery and also the Brandenburg Gate border on the Tiergarten.

Bellevue Palace: The seat of the Federal President, more information

Victory Column: One of the most important monuments in Germany in a roundabout (Großer Stern) in the middle of Tiergarten Park. The landmark Victory Column was completed by Heinrich Strack in 1873.

Gardens: Various gardens such as the Rose Garden or the English Garden Berlin.

Other monuments: Memorial to Richard Wagner, Memorial to Friedrich Wilhelm III, Bismarck Memorial, the Amazon on horseback and several more

There are also lakes, playgrounds, beer gardens and restaurants in Berlin Zoo