The zoo Friedrichsfelde is the formerly largest and most important zoo of the GDR. The zoo in East Berlin was preserved after the fall of communism. Today there are two zoos in the capital of Germany – the famous Zoo Berlin near the Kudamm and the railway station Zoo in the west of the city and the zoo Friedrichsfelde, which is also called Tierpark Berlin. 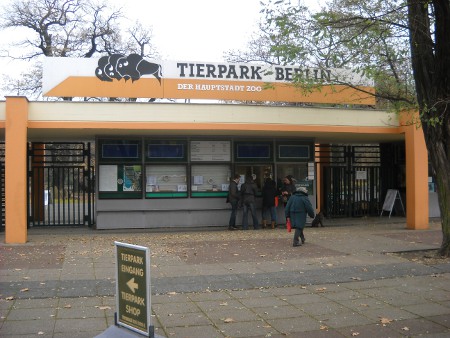 Tierpark Friedrichsfelde is the zoo in Berlin with the largest area. But the West Berlin Zoo has more and the probably spectacular animals. But the zoo Friedrichsfelde has caught up a lot in the last years. Many new exotic animals from different continents have been added in recent years. Others received new facilities and buildings. At the main entrance there is a large bear enclosure, which is also visible from outside (for non-zoob visitors) through the so-called bear show window. Altogether the zoo Friedrichsfelde belongs today to the best zoos in East Germany. There are many ways – more than 20 km in total. Especially during the week there is always a place where you can find peace and quiet. Also the gardens and parks in the Tierpark Berlin can now keep up with other zoos. Otherwise there is not much to see in Friedrichsfelde, as in the whole district Lichtenberg, prefabricated buildings from the time of the GDR determine the townscape.

Approach Tierpark Friedrichsfelde: Most zoo visitors come with the U-5 stop Tierpark. Trams also stop in front of the zoo’s main entrance.

Opening hours Tierpark Berlin 2021: In summer (end of March to September) 9 -18:30 hrs. In other seasons the zoo closes at 16:30 or 17:30 due to early darkness. The ticket office always closes one hour before closing time.