Very many tourists in Berlin take a day trip to Potsdam. There is a lot to see in Berlin’s neighbouring city, 30 km away. Actually, Potsdam is worth a whole trip. You can’t see everything in Potsdam in one day. Most visitors come to the capital of Brandenburg because of the palaces, especially the world-famous Sanssouci Palace. But Potsdam’s city centre, which was extensively renovated after reunification, is also more than worth seeing. The many lakes and canals in and around Potsdam are also great. Boat tours are therefore very popular among visitors to Potsdam.

City tour Potsdam with castles (duration 3 hours): Very popular city tour with many positive comments from participants. You drive through the city center, to the famous castles and many other great sights. Departure near Potsdam main station: More information and booking 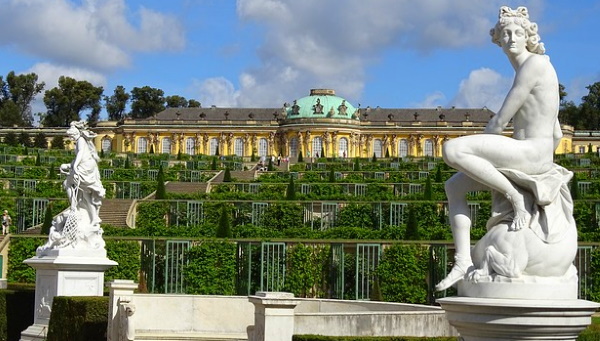 The famous palaces and palace parks are located somewhat outside Potsdam. It is therefore best to get a day ticket for public transport. These are not expensive. If you are travelling from Berlin, you can also take the ticket Berlin ABC (Berlin with surrounding area). This ticket includes all buses and trams in Potsdam. A day ticket Berlin with Potsdam (area ABC) costs just 7.70 euros for adults (week ticket: 37.50). So for 7.70 you can travel from anywhere in Berlin to Potsdam and still travel around Potsdam all day (all prices in early 2020). The S-Bahn from Berlin Hbf via Charlottenburg and Wannsee runs every 10 minutes in both directions during the day, it couldn’t be easier. In addition, there are many somewhat faster regional trains operated by Deutsche Bahn.

Alternatively, there are of course private sightseeing tours for Potsdam. These tours depart from Potsdam and also from Berlin.

In Potsdam, you should definitely visit the city centre and the palaces (or 1 or 2 of them, especially Sanssouci, including the palace gardens). Many tourists also take a boat tour.

Boat tours Potsdam: Very popular are the Potsdam also tours with the ships. The port for the departures of the excursion boats is only 200 meters from the main station Potsdam. Very popular is the palace tour: More info and booking But there is also a longer tour (3 hours): Mehr Infos und Buchung

If you cross a bridge over a canal (called Lange Brücke) at the main railway station, you will already be at the first sights of Potsdam’s city centre. The boat tours also depart from here. The square “Am Alten Markt” is home to the Brandenburg Parliament (see picture). The St. Nikolai Church on the square is also worth seeing from the inside and outside. 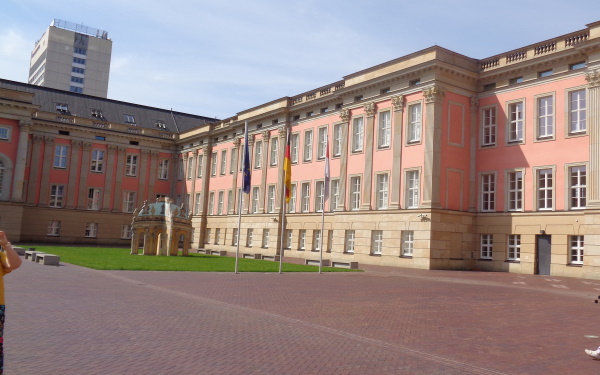 Also next door is the famous Museum Barberini, a top-class private art museum. There are works from almost all epochs to see in the art collection, especially some paintings from Impressionism (late 19th century) are world famous. There are also several pedestrian streets here.

A few hundred metres further away from the station you come to the famous Dutch quarter of Potsdam, which is not to be missed. More than 100 Dutch-style houses are here (see picture). Some of them have interesting shops as well as cafes and restaurants.

Bus City tour Potsdam with castles (duration 3 hours): Very popular city tour with many positive comments from participants. You drive through the city center, to the famous castles and many other great sights. Departure near Potsdam main station: More information and booking 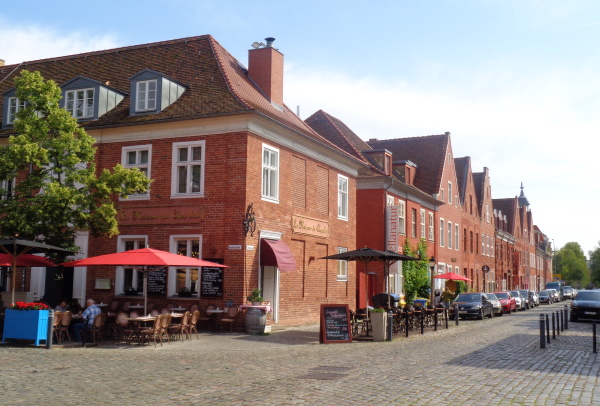 Potsdam is famous for its castles, and there are several of them. Most of them are not in the city centre and not necessarily in the same area. You should definitely visit the world-famous Sanssouci Palace and gardens. It is about 1.5 km northwest of the city centre and can be reached by bus from the main railway station about every 10 minutes. Of course, there are also many private tour operators.

Other famous castles are in the north of Potsdam, for example. The Cecilienhof Palace is great. You can also get there by bus from Potsdam main station. You can also see many of Potsdam’s sights on a boat trip. The so-called palace tour is very popular.