The Reichstag is a parliament building in Berlin Mitte. It has been the seat of the German Bundestag since 1999. The Reichstag was built at the end of the 19th century. The style of the building is strongly reminiscent of the Renaissance.

>>>  Tours Reichstag / Bundestag: On this link you get more information and the tickets 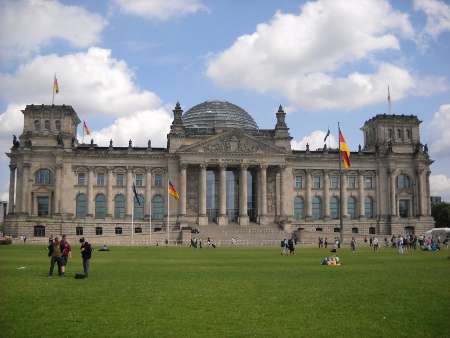 In front of the Reichstag there is a very large green area which is full of people in summer. Several other new government buildings are in the area. Especially striking is the Federal Chancellery (see picture below). Here is the seat of the Federal Chancellor of Germany. 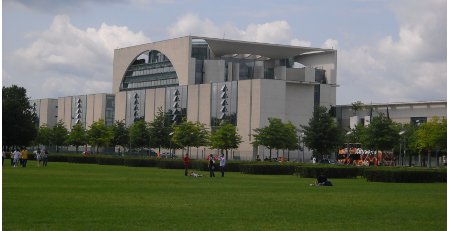 How to get to the Reichstag: The Reichstag can be reached on foot in about 10 minutes from Berlin’s new main railway station. If this is too far for you, you can also take the subway to one of the stations.

The Brandenburg Gate is about 5 minutes’ walk from the seat of the German Bundestag. The seat of the Federal President is also not too far away. It is about 200 meters to the Pariser Platz with the most famous hotel of Berlin, the Adlon

>>>  Tours Reichstag / Bundestag: On this link you get more information and the tickets