The Spree is one of the three major rivers in Berlin and the most famous river in the German capital. Unlike the Dahme and Havel, the Spree runs right through the centre of Berlin. It flows past such important sights as Museum Island, the Reichstag Berlin and the Federal Chancellery. Many tourists therefore take a trip on one of the many passenger boats on the Spree. 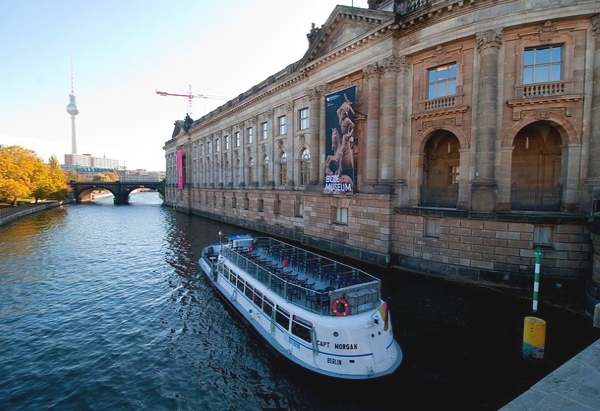 The Spree begins in the south of Saxony. It flows into the Havel in the west of Berlin in the district of Spandau after about 400 kilometres. For the last few kilometres, the Spree flows right through Berlin. In Berlin, of course, there are many bridges over the city’s great river. On its last 30 kilometres through Berlin, from where the Dahme flows into the Spree in Berlin-Köpenick, the river is a busy waterway. In the centre of Berlin, ships sometimes jam the river, especially excursion boats for tourists. 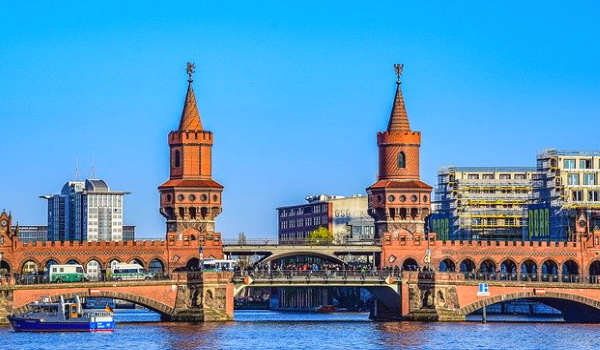 The most famous section of the Spree in Berlin is probably the Spreebogen. Here are the Federal Chancellery and the Bundestag in the Reichstag (>>> tours of the Reichstag). Many boat tours start around the Nikolaiviertel. You sail right through the centre of Berlin and turn around again after the government quarter. Most boat tours of this kind last about 1 hour. >>> Our article about boat tours on the Spree through Berlin Mitte

>>> Our article about boat tours on the Spree through Berlin Mitte